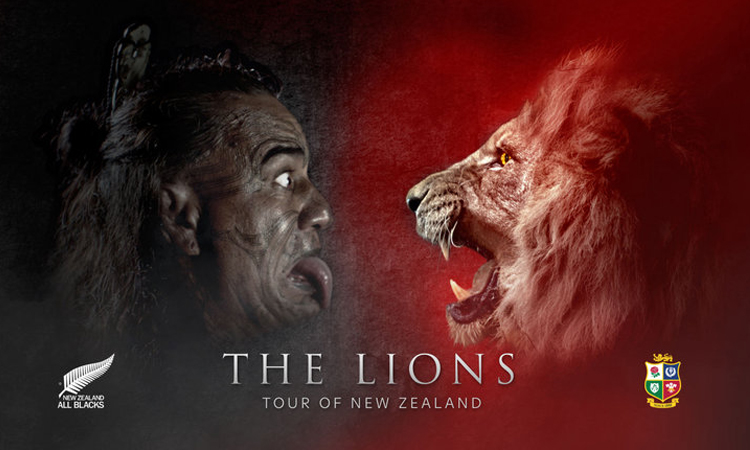 The opening test between the All Blacks and British and Irish Lions has dominated the conversations in the Viper 10 office over the past couple of weeks and there have been plenty of debates over who should feature for the Lions. In fact, we’ve argued about who should start for the All Blacks too!

The disagreements escalated when someone in the office piped up with their opinions on who would start in a combined XV of the two sides. Being a democratic office, it was agreed that we would all vote on each position and give our reasons for the selections. So, without further a do, here’s Viper 10’s combined All Blacks & Lions XV:

Please note: This team is mainly based on the projected starters for the opening test (as the Viper 10 team’s votes were cast prior to the official selections were announced).

Smith’s pedigree is well known and the Highlanders co-captain is the most complete Full Back in the World. Smith is outstanding in attack and defence, superb under the high ball and doesn’t seem to have any weaknesses in his game.

Dagg was undeniably the world’s premier Full Back in 2011 when New Zealand celebrated winning the World Cup. His attacking instincts, acceleration and great step has proved a deadly combination. Dagg also possesses as booming right boot and is wonderful under the high ball.

This was a tough call but we felt that Davies is an individual that always steps up for the big occasions. Davies has been a key component in the successes that Wales have enjoyed in recent times and played every minute of the 2013 Lions tour, proving instrumental in the outcome of the test series.

SBW is a supreme athlete and more of a footballer than he is often given credit for. His offloading is revered around the world but he showed in the Blues game that there is more to him, running a sensational line to set up West’s pivotal score.

Savea is a beast. This 17 stone winger is affectionately nicknamed ‘The Bus’ and is the frequently referred to as the modern day Jonah Lomu. The 26 year-old man mountain is a world-class talent and is arguably the best winger on the planet. Also, it’s hard to argue with his try scoring statistics (47 tries in 52 tests for New Zealand).

Barrett has grown into one of the most excited players in World rugby, displaying world-class skills and an enviable rugby IQ. He is dangerous from anywhere on the pitch and his exceptional pace coupled with his vision is a scary combination, often leading to Barrett creating chances out of nothing

This was probably the hardest position to decide upon, as there are three top-drawer scrumhalves involved in this test series. Smith is the smallest in stature but is the finest distributer that the game has ever seen, making constantly perfectly accurate passes look effortless. Smith also has a superb kicking game and his all round game makes him a nightmare for defences.

Read is a legend of the game and is closing in on 100 caps for the All Blacks. He is the epitome of a Kiwi rugby player; he is an extremely smart footballer and is a genuine threat when on the ball, always looking for space rather than contact.

Cane is a hugely underrated player and is commonly overlooked by those who do not follow Southern Hemisphere domestic rugby. Make no mistake, Cane is an elite player and has done a great job filling the incredibly large shoes of Richie McCaw. He is excellent in defence and a true menace at the breakdown.

Another player who is often overlooked, Kaino is a rare talent who physically stands out in a field coated in freakishly strong men. The 2011 World Cup player of the tournament has been a fixture and sets the tone for the ABs with his destructive ball carrying and aggressive defence.

Retallick was an easy selection. The 2014 World player of the year is a colossus on the field and offers more than most big men on the international stage, often executing offloads and deft touches that most backs would be proud of. He is the All Blacks go to man in the lineout and carries the ball with relentless aggression.

It is mad to think that Itoje is only 22 years old! He has won a plethora of individual awards and a number of titles with club and country. Itoje is a freakish athlete and mental capacity is there to see, he is a leader and will no doubt be in the discussions to captain England and potentially the Lions in the future.

Furlong was immense last weekend against the Maori All Blacks and was instrumental in an absolutely dominant scrum performance. The set piece and especially the scrum has been identified as an area where the Lions should be able to get the upper hand on the All Blacks and this will largely rest on the shoulders of the Irish prop.

We know he is probably out for at least the first test but come on, Coles is simply class. He is an extremely unique talent, possessing open field skills that distinguish him as a genuine attacking threat; his ability to pick a pass and beat a defender are the stuff of nightmares for defenders.

Vunipola isn’t a conventional prop and displays confidence with ball in hand that is usually associated with players in all black. In addition to this, Mako is not scared of doing the grunt work and is excellent in the contact area, he carries well and is an incredible tackler.

I’m sure that the opinions of everyone in the Viper 10 office will change after the opening test on Saturday morning but this is our initial All Blacks & British and Irish Lions combined XV. Here’s to an unforgettable Lions Tour, Lions Roar!