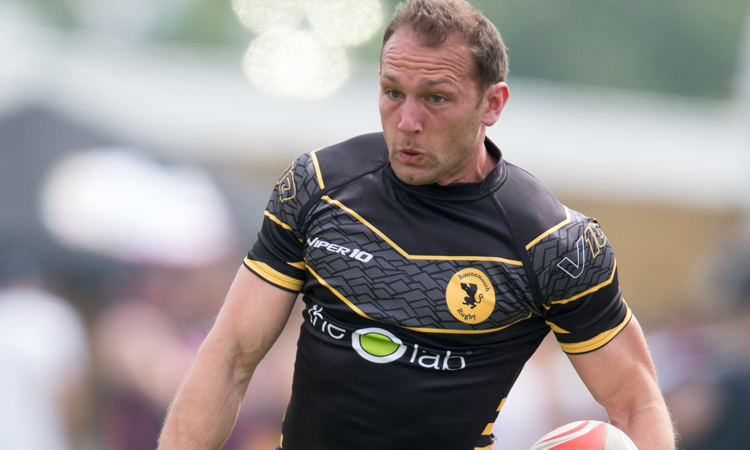 Wynn’s rugby career began back in South Wales, where his secondary school rugby coach conjured a mixture of fear and admiration in the young speedster. Alongside representing the school’s first XV rugby team, Wynn gained International honours in Athletics for Long Jump, Triple Jump and Sprinting (if you’ve seen Wynn in full flight then this won’t be much of a surprise).

After devoting his attention to Athletics, Wynn was lured back to rugby when he moved away from Wales to attend University in Leicester, spending time in the Leicester Tigers academy system, as well as a stint with National 2 outfit, the Leicester Lions.

Wynn’s talents made him a natural Rugby 7s player and whilst playing at the World’s largest sports and music festival; Bournemouth 7s, Roberts caught the attention of scouts involved in the Wales 7s set-up. This led to Wynn representing his country on the IRB Sevens circuit against the World’s best. Incredibly, Wynn was able to do all this while studying to become a doctor and in the end, had to make the tough decision to step away from rugby in order to concentrate on his studies in Medicine.

Once his studies had been completed, Wynn returned to sprinting and gained further international honours, featuring in the finals of the UK’s Indoor Athletic Championships and World Championship trials. After amassing these impressive accolades, Wynn was keen to return to rugby and signed for Championship side, Jersey Reds.

After a serious back injury and the offer of a job as a local GP in Dorset, Wynn decided to step away from Jersey and Championship Rugby. However, Wynn could not contend with his urges to return to the rugby field any longer and in 2013 he made his first appearance for Bournemouth Rugby Club.

Whilst at the South Cost side, Wynn has scored a jaw-dropping 67 tries in 84 appearances and shares the record for the most hat tricks scored (6) in Bournemouth Rugby history. Alongside these incredible statistics, Wynn has also been the team’s leading try scorer in consecutive seasons (2015/16 and 2016/17), contributing to the talisman taking home the Player of the Year award at the last end of season awards dinner.