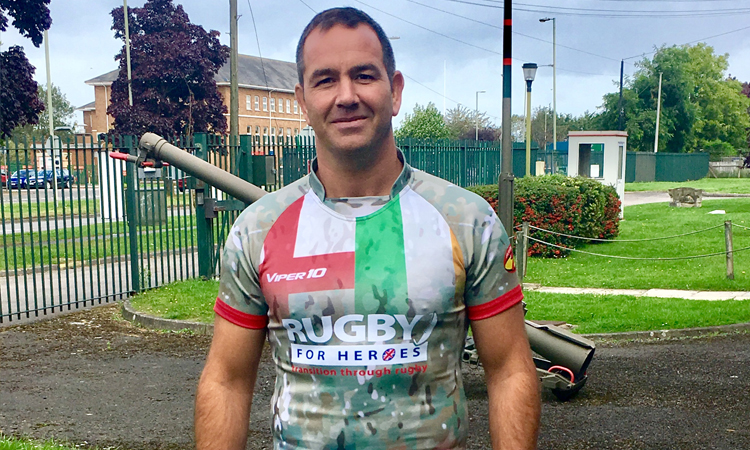 Rugby for Heroes are to take part in a three-day Memorial Bike Ride from 11 to 14 September 2017. The team will depart from M Bar and grill Twickenham on the morning of the 11th September as they begin on their epic act of remembrance.

Mike Tindall, Thinus Delport and other members and supporters of Rugby for Heroes will cycle from Calais to Laon to mark the Aisne 1914-18 Centenary of the First World War.

“As a nation we come together to remember those who made the ultimate sacrifice serving their countries in war. It feels very special to be able to pay our own tribute as members of the rugby community, to those who shared our passion for the game.”- Mike Tindall, Patron of Rugby for Heroes.

The 177-mile bike ride is intended to honour the contribution of international and club rugby players from around the world who fought and died during the First World War.

As part of the ride, Rugby for Heroes’ team of former international rugby players, serving, and ex-military veterans will conduct acts of remembrance at the Menin Gate (Ypres), Vimy Ridge and the Thiepval Memorial.

The acts of remembrance will be brought to life by veterans in the group presenting on ‘realities of combat’, highlighting the non-physical impact of war on a soldier during WW1 and current conflicts.

The event aims to raise awareness of the on-going challenges faced by service personnel in their transition to civilian life, and the part the rugby community can play in supporting this. The event reinforces the deep-rooted connection between the sport of rugby and the military, whilst remembering those who made the ultimate sacrifice.

Viper 10 are proud to be providing both Cycling and Rugby Kit for the occasion and would like to take the opportunity to wish the team the best of luck for the ride and their match against the French Legends XV in Laon, France which features as part of the event.