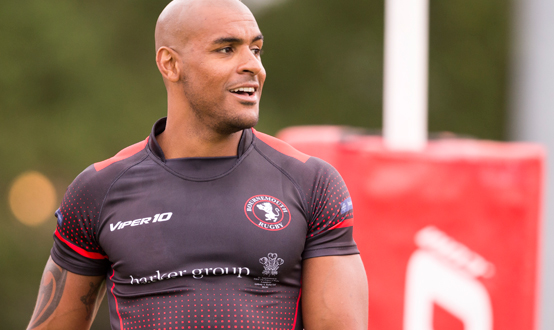 The Premiership’s All-Time Record Try Scorer is Back, Defences Beware!

Rugby fans all over the country ended the year with a cheeky smirk after it was announced that Tom Varndell had officially returned to the English Gallagher Premiership on 30thDecember, after signing for the Leicester Tigers.

Tom is a Viper 10 Sportswear Ambassador and we could not be happier to see the speedster and world-class finisher return to England’s top flight, where he holds the title of all-time record try scorer; amassing an incredible total of 92 tries!

Former teammate and now Leicester Tigers head coach, Geordan Murphy, was the man who confirmed the move after the team was recently ravaged by injuries to a number of back three players. Fans of the midlands club will be hoping that Murphy can get the best out of his former colleague, alongside fellow new signing, Italian international Leonardo Sarto, who was signed on the same day as Varndell.

Alongside scoring more tries than any other man in Premiership history, Tom also recorded the fastest hat trick the league has ever seen, represented England in the 7s format of the game and won 4 international Rugby Union caps; scoring 3 tries in those 4 appearances.

There is no arguing that Tom is one of the most exciting and clinical attacking talents that the Premiership has ever seen, being an integral part of historically great and successful Leicester Tigers teams of years gone by. Tom last played for Leicester in a Premiership semi-final win over Bath in May 2009, racking up 65 tries in 113 appearances for the club, before tasking his talents to Wasps and then Bristol.

Tom has already run out in Leicester colours, representing the Tigers development XV on New Years Eve, which despite ending in defeat, proved that the flyer hasn’t lost his touch as Tom crossed the whitewash for a second half try… Hopefully a sign of things to come in the near future!

The Team at Viper 10 can’t wait to see Tom back in action in the Premiership and we’d like to wish you all the best and hope that you can add to your record try tally!