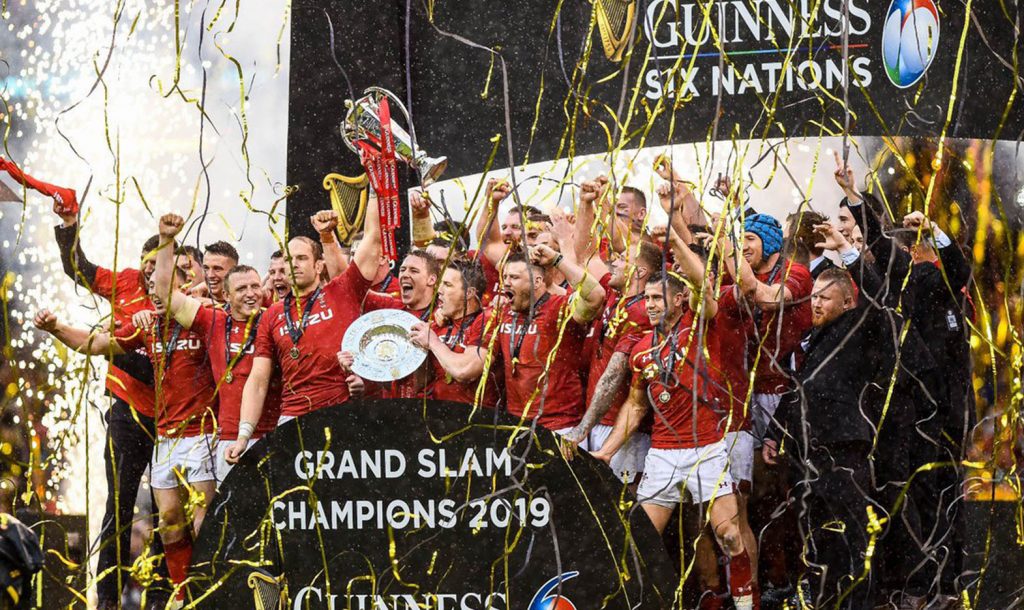 2019 Six Nations Team of the Tournament

After some incredible rugby action throughout the tournament, we would like to introduce our 2019 Viper 10 Team of the Tournament…

The Welsh engine room was sensational throughout the tournament and Evans was the pick of the bunch for us. Evans was superb in the scrum, solid in defence and carried tirelessly for the triumphant Grand Slam winning side.

Owens (who’s unlucky to miss out) may have grabbed the headlines recently for playing number 8 at club level but it is George who best showcased his versatility over the course of the tournament. George was accurate at lineout time but once again proved his unique abilities in the loose; having one of the assists of the tournament against Italy producing a miss pass that Carlos Spencer would have been proud of!

England’s Tight Head position looks to have been cemented for the next decade across both the Men’s and Women’s sides. Bern was an absolute monster throughout the tournament, consistently breaking tackles and giving England valuable front-foot ball. Likewise, Sinckler showed that he is maturing into a reliable cornerstone for Jones’ side and is very much at home starting at the highest level.

Jones is already a legend of the game and leading his country to a Grand Slam victory at the age of 33 certainly hasn’t damaged his reputation. Jones is still performing at the highest level and may well become the first player in history to win 150 international caps. The ultimate warrior and leader, Jones would undoubtedly be one of the first names on the team sheet if the Lions were touring this summer

2019’s Six Nations may not have been the tournament that Ireland had hoped for (or expected) but they still have some seriously talented players to build around. Ryan was a bright spot for the pre-tournament favourites, operating his normally physical and abrasive manner. His work rate and dominance in contact was reflected in the stats as Ryan accrued 34 gain-line successes which was double his nearest second row rival, Ruzza, who had 15.

Navidi is testament the truly elite strength and depth of loose forwards that Wales have at their disposal. Navidi is very much a traditional openside flanker but with Tipuric occupying the 7 shirt, Navidi played on the other side of the scrum for the 2019 Six Nations tournament. The switch did not affect his performance though as Navidi was a menace at the breakdown and consistently one of Wales’ best players, going a long way to secure a starting spot for this summer’s World Cup.

Tipuric is very unlucky not to make the side here but we have to go with England’s breakout star, Tom Curry. Curry was phenomenal in his first Six Nations tournament and did everything in his power to keep England in games, working tirelessly in defence and securing countless crucial turnovers. Curry is the true openside flanker that England have been searching since… I don’t know when, and could be a youngster that Jones’ could (and should!) build around moving forwards.

All the compliments paid to Alun Wyn Jones can be echoed here with Hunter. The England captain has established herself as one of the best female players of all time and really showed her prowess over the course of the 2019 Six Nations, which her side dominated from start to finish on their way to the Grand Slam. Hunter is imperious in contact and her work on and off the ball cannot be taken for granted.

A mixed campaign for France but there was a definite highlight with the emergence of half back Dupont. Featuring in Viper 10‘s pre-tournament team, Dupont’s talent was obvious and shone through immediately as he made his first appearance, coming off the bench in an already lost game against England. France has a great tradition of producing talismanic scrumhalves and Dupont could well be the latest to hold the mantle for a long time to come.

With the usual suspects struggling to perform consistently and Wales’ arguably best performer in the 10 shirt coming off the bench, our pick is Scotland’s maverick out half Finn Russell. Daley-McLean was solid as always but with the England vs. Scotland game fresh in our minds, Russell forces his way in. One of the most talented players in the World, Russell always has a smile on his face and is a pleasure to watch.

Over the last few years May has developed into one of the most reliable wingers in the World, having improved his all round game he has become an invaluable member of the England team. Deadly as ever, May topped the Six Nations try chart with an impressive six scores and as always, gave England a cutting edge out wide.

Parkes was superb for the tournament victors but we had to give this spot to Tuilagi, although it couldn’t have been closer. A lot was made of Tuilagi’s first appearance in a Six Nations since 2014 but England’s bulldozing centre looked like he’d never left the scene. Tuilagi gave his side a different dimension in attack, consistently getting over the gain line and looking genuinely threatening when afforded the smallest amount of space.

Similar to the other centre selection, this was extremely tight between Davies and Slade. Slade was superb for England but Davies was pivotal for Wales and proved once again that he is one of the best in world at the position. Davies is the glue that holds the Wales backline together and throughout the tournament he led and organised their elite defensive unit.

Breach scored an incredible nine tries in this year’s Six Nations. An impressive achievement for any player let alone someone who is only 21 years old! Breach is deadly from anywhere and has caught the eye ever since breaking onto the international scene, possessing top-level speed and a world-class ability to score tries.

With Halfpenny missing the start of the tournament with injury, Williams took his opportunity in the 15 shirt with both hands and was unquestionably the selection here. Williams was rock solid under the high ball and a genuine threat whenever he received the ball in space. Gatland will have a number of selection headaches for the upcoming World Cup and the fullback position will be near the top of that list.