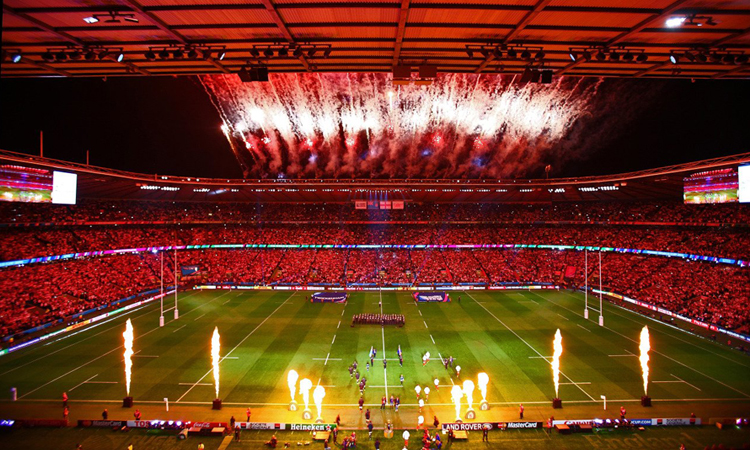 Viper 10’s Ones To Watch This Weekend – England vs. Japan

Cokanasiga will make his international test debut this weekend and expectations will be understandably high for the Bath man. The youngster burst onto the scene a couple of seasons ago with London Irish and when the club faced relegation, competition was fierce when it came to landing Cokanasiga’s signature. The 21 year old is a physical specimen, standing at 6’4” and weighing around 112Kg, the winger is a sparsely seen combination of speed and power. Having said this, Cokanasiga is a savvy Winger who loves finding work, in a similar vain to his fellow Winger this weekend Chris Ashton, making him a nightmare for opposing defences.

What an impact! These were the words spoken by the entire country when Mercer made his test debut off the bench against South Africa a couple of weekends ago. The young man was visibly pumped and injected a level of enthusiasm and hunger that certainly put a wide smile on the faces of England supporters. Likewise, the Number 8’s performance must have delighted Eddie Jones, who has backed Mercer’s ability for some time now, giving him a chance to ease into the International set up in the ‘apprentice’ role that Jones enjoys bestowing on his best and brightest.

George is an interesting player, whose international career has always been a topic of conversation among fans. A regular for European juggernauts Saracens, George has long been in the shadow of England skipper, Dylan Hartley, with the majority of his impressive 30 caps coming from the bench. Hartley was superb against New Zealand last weekend but was interestingly replaced at half time by George, leading some to question whether George was edging closer to usurping Hartley. George being promoted to the first choice Hooker for Eddie Jones’ side would not come as a shock to many in the rugby community; after all, George was selected for the Lions over Hartley and possibly more impressively, kept the talismanic Schalk Brits at bay for numerous seasons.

The third Bath player on our list, Ewels is in line to earn his ninth cap this weekend. The second row is a position of great depth for England and Ewels has had to contend with the likes of Itoje, Lawes, Kruis and Launchbury for game time. The 23 year old has never looked fazed on the international stage and has quietly gone about impressing when the opportunities have arisen. A former U20s world cup winner, Ewels had made over 50 appearances for Bath before his 22ndbirthday and the faith shown in him has been well placed as the Bournemouth native has gone on to establish himself as a first team regular and fan favourite at The Rec.

It is fair to say that Ford has experienced a bit of a rollercoaster over the past few years. The Ford-Farrell axis was imperative to Eddie Jones’ record unbeaten streak of 19 games and it looked like the two were destined to conquer the rugby world side by side. However, this was not the case and in recent times, Ford has made way for Farrell who has established himself as the first choice fly half and is now boasting the co-captain title alongside Dylan Hartley.

On his day, Ford is a true attacking maestro who can pick apart even the most solid of defences but inconsistency and weaknesses in his all round game have been blamed for his fall from grace. The pressure will be on Ford this weekend, who is also captaining England on Saturday, with many pundits questioning the absence of the magical Cipriani from the England squad. However, Saturday should give the Tigers talisman a real opportunity to impress Eddie in a game that is sure to suit his skill set.