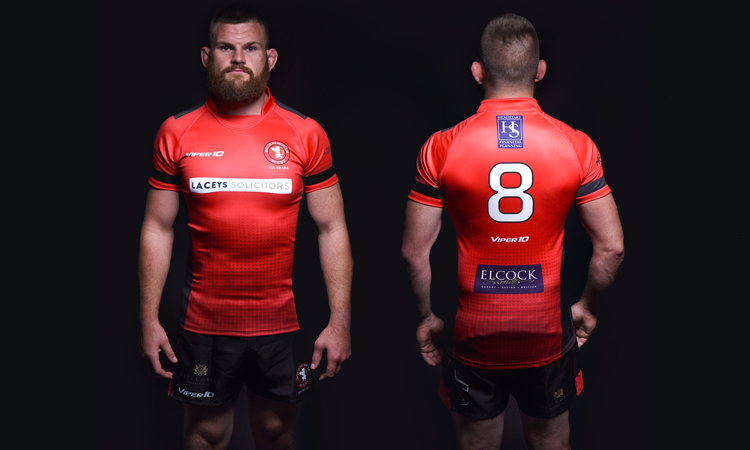 Sing Along Anthem: I Want It That Way (The Backstreet Boys)

The 2017/18 season signals a momentous year in Bournemouth Rugby’s existence, as the club has reached its 125th year anniversary. On the pitch, the team has seen a number of sizeable changes. Alongside sporting new colours and a brand new Viper 10 strip, the South West Premier League outfit has named a new First XV captain for the first time in nearly a decade.

Joe Rees will take over from the imperious Alan Manning, who will be assuming the role of club captain, overseeing senior player welfare and undoubtedly continuing to set a fine example for aspiring First XV players.

Joe, an Isle of Wight native, who still lives and works on the island, travels to Chapel Gate, the home of Bournemouth Rugby, three times a week in the same fashion he has done since joining the south coast side in 2013.

The number eight made his 100th start for the club in front of a flamboyant home crowd against newly promoted Newbury Blues on the opening day of new season. Reaching triple figures for any club is a great achievement and Joe has joined fine company, cementing his place in the annuls of Bournemouth Rugby’s history.

Joe first got into rugby when the Dye family signed Joe up at his local club, Vectics Rugby on the Isle of Wight, when he was just 7 years old. The connection was instant and Joe remained a dedicated member of Vectics Rugby until he reached U14s and a new passion took charge – Motocross.

Whilst pursuing his love of Motocross, Joe proceeded to dip in and out of Rugby for a number of years, making the first of his County appearances for Hampshire in 2008/9, with many more to follow. Joe later went on to represent Hampshire twice at Twickenham in County finals, claiming victory on the second attempt.

Following a severe crash whilst motocross racing, Joe sensibly decided that the ‘softer option’ of Rugby may be the wiser choice moving forwards. Joe has since gone on to amass over 100 caps, a First XV Honours Tie and numerous individual accolades at Bournemouth Rugby Club.

The Viper 10 team would all like to take this opportunity to wish Joe the best of luck in his debut season as Captain and extend our support to all the Bournemouth Rugby sides throughout the course of their seasons.